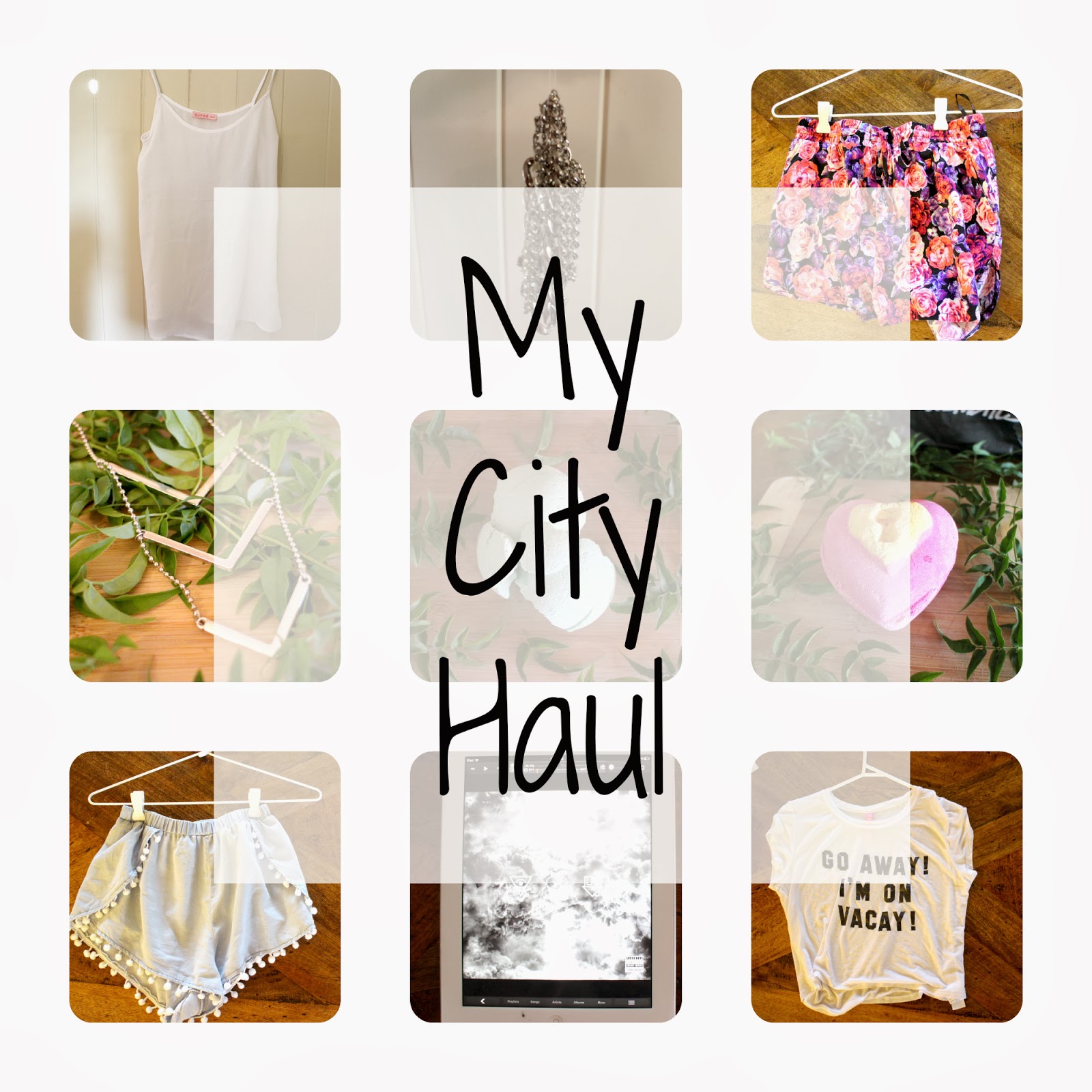 I hope you're all well!

I went on a little (okay...maybe not so little) shopping trip a while back with my best friend and spoilt myself a little. There were some pretty good sales here and there so I just couldn't resist and bought myself a couple of things. Whilst some of them were impulse buys, I did manage to get my hands on things I've needed or have been eyeing for a while now so I easily counted that trip as a success.

This was actually the first time I bought myself some bath bombs from lush and boy was I excited. For my first pick up I decided to play it safe and get something that has been raved about for ages. It's none other than the gorgeous "Avobath" which I paid $6.75 for.
(Don't worry, I didn't buy it broken) 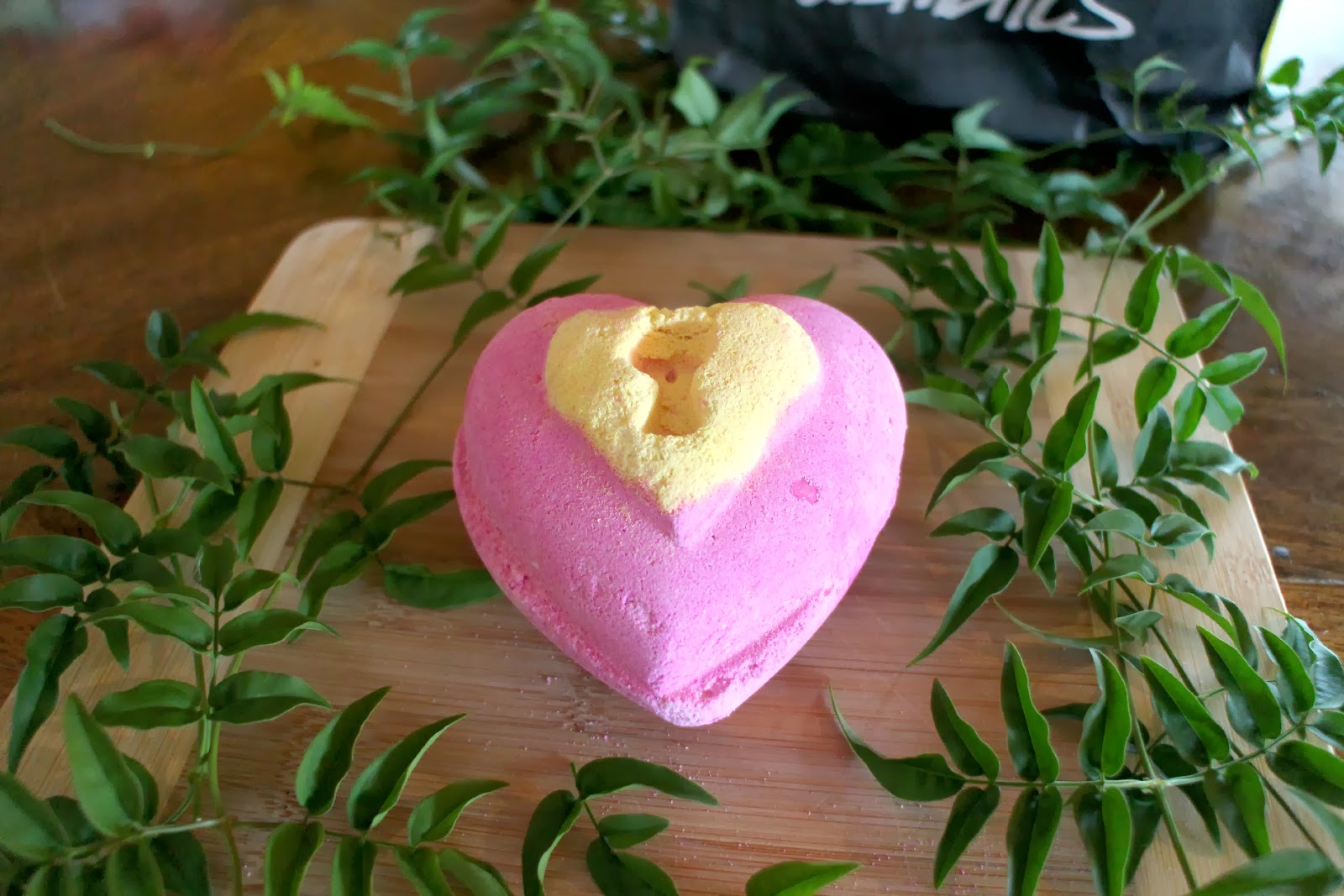 The next one was recommended to me by one of the staff within the shop and from what she's told me about it, I'm already very excited to use it. It's a limited edition bath bomb for valentines day called "Love Locket" and was $8.95. This bath bomb is supposed to be like a two-in-one, that has a little hidden one inside when dropped in water. I'll be sure to let you guys know of my experience with it in my monthly favourites. 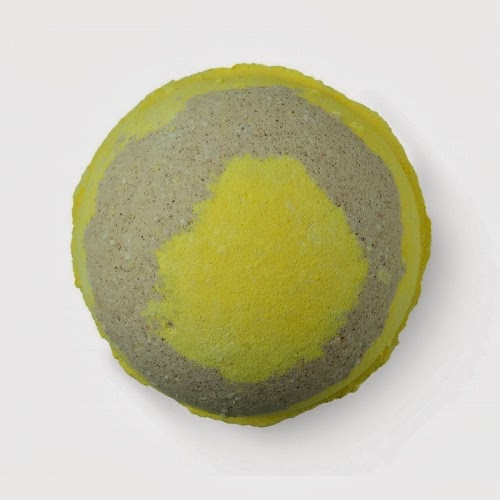 The last bath bomb I picked up was the first one to be used. "Honey Bee" was $6.75 and totally worth every scent. It made my whole bathroom smell lovely after I used it, and I'm definitely going to go pick up another one of these babies.

Then next purchases were made in Valleygirl. 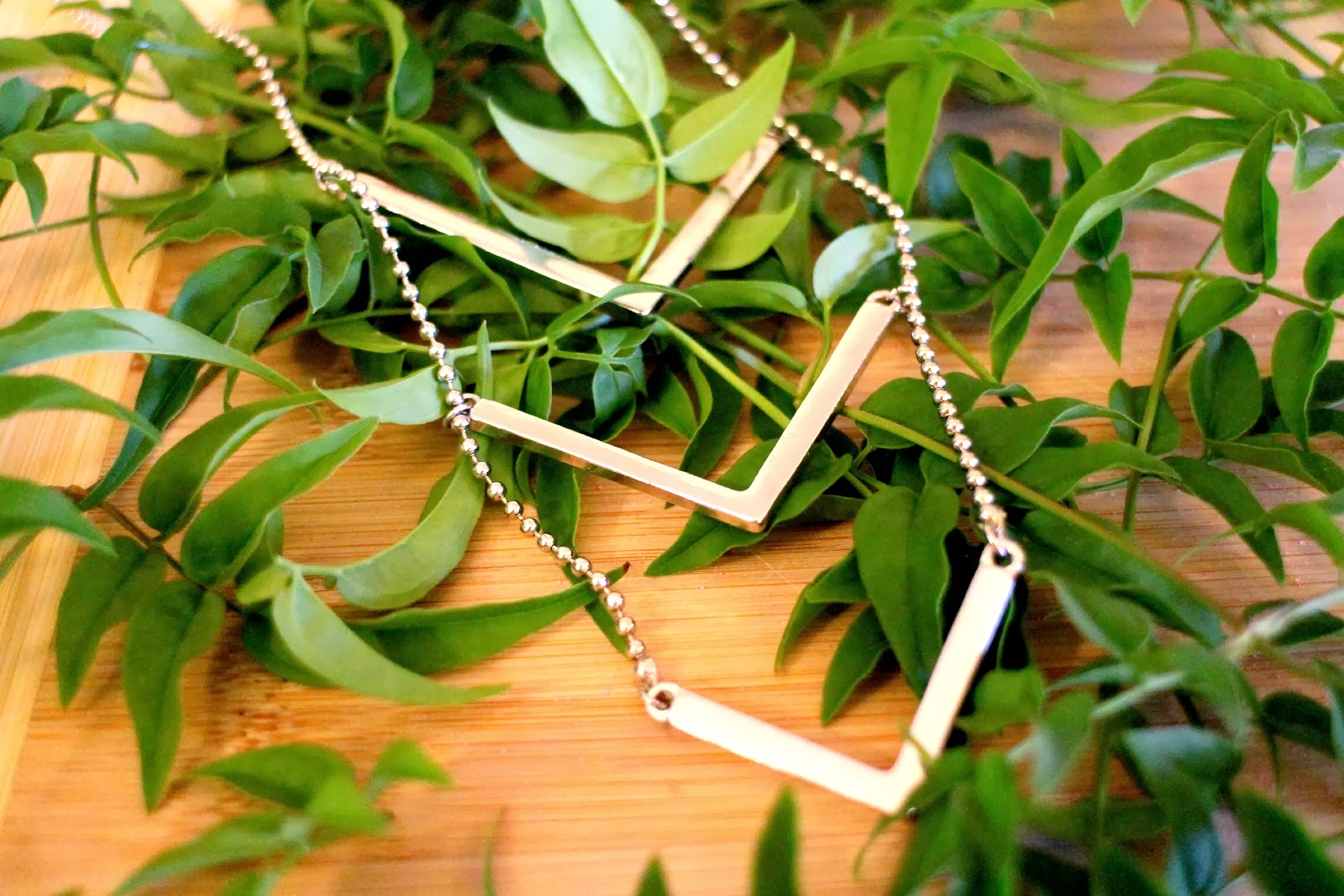 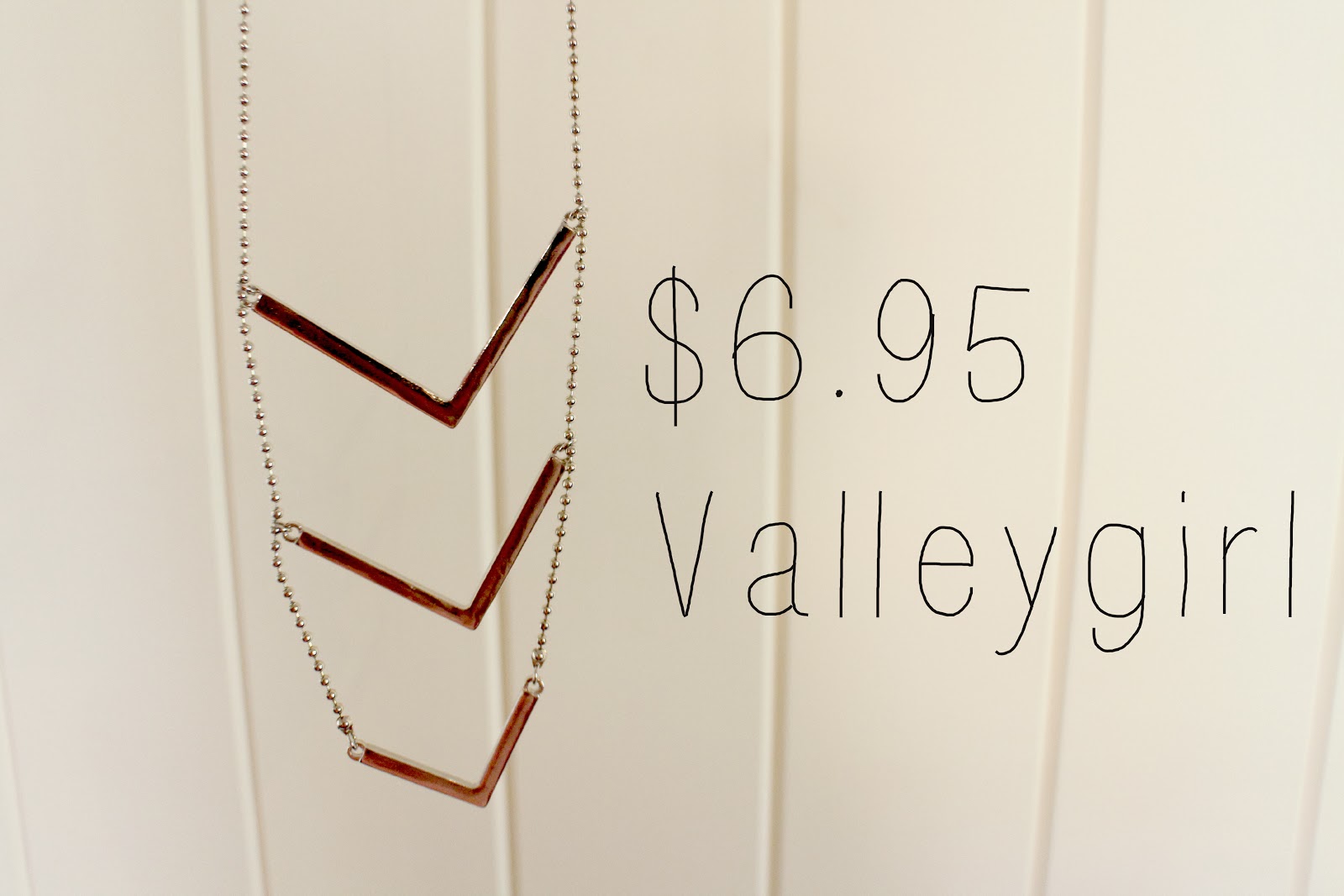 Both items were impulse purchases, but I'll admit I did have an eye on these styles of necklaces for a while. I've worn it a coupe of times now, and I've taken a liking to these minimalistic styles of jewellery of late. 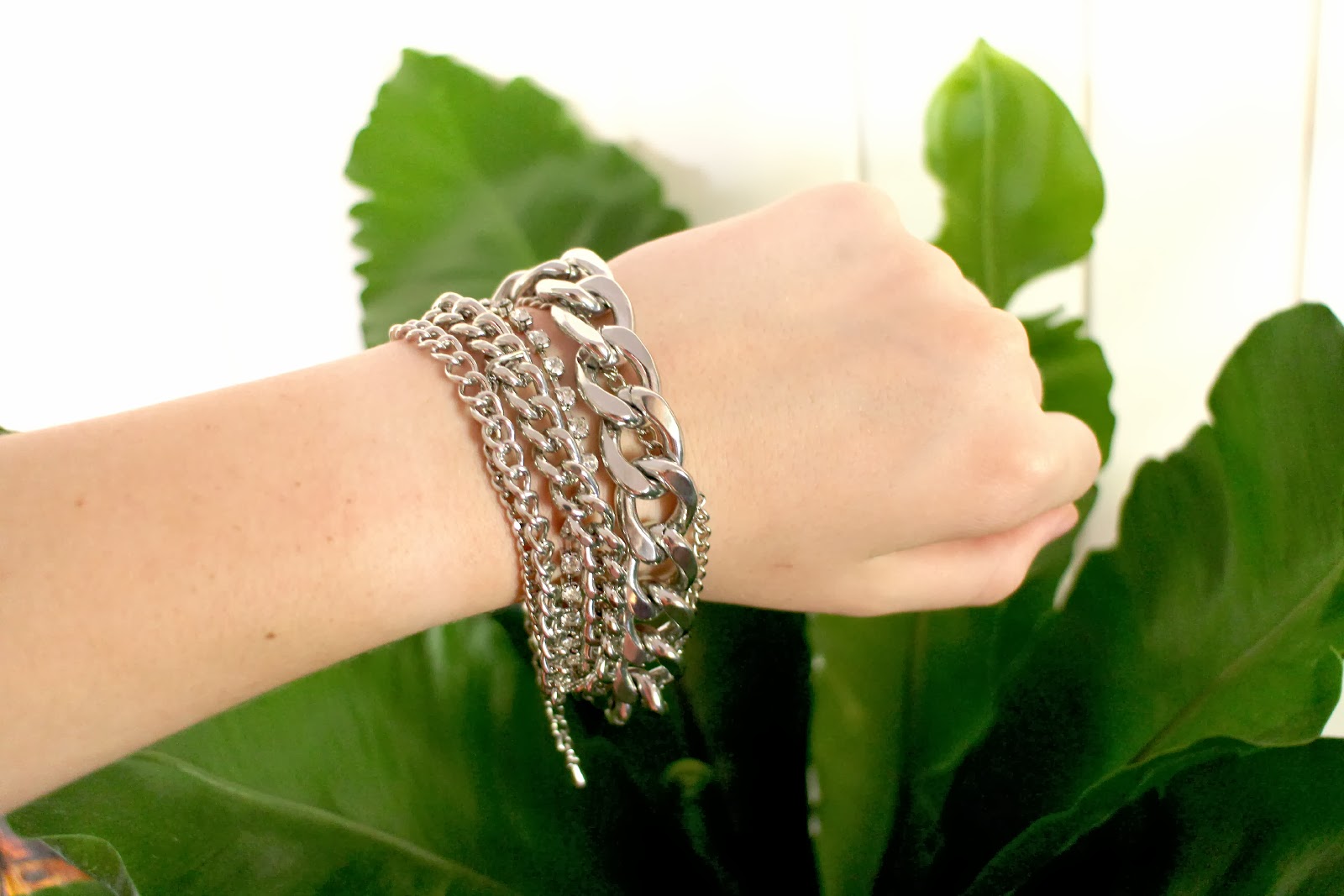 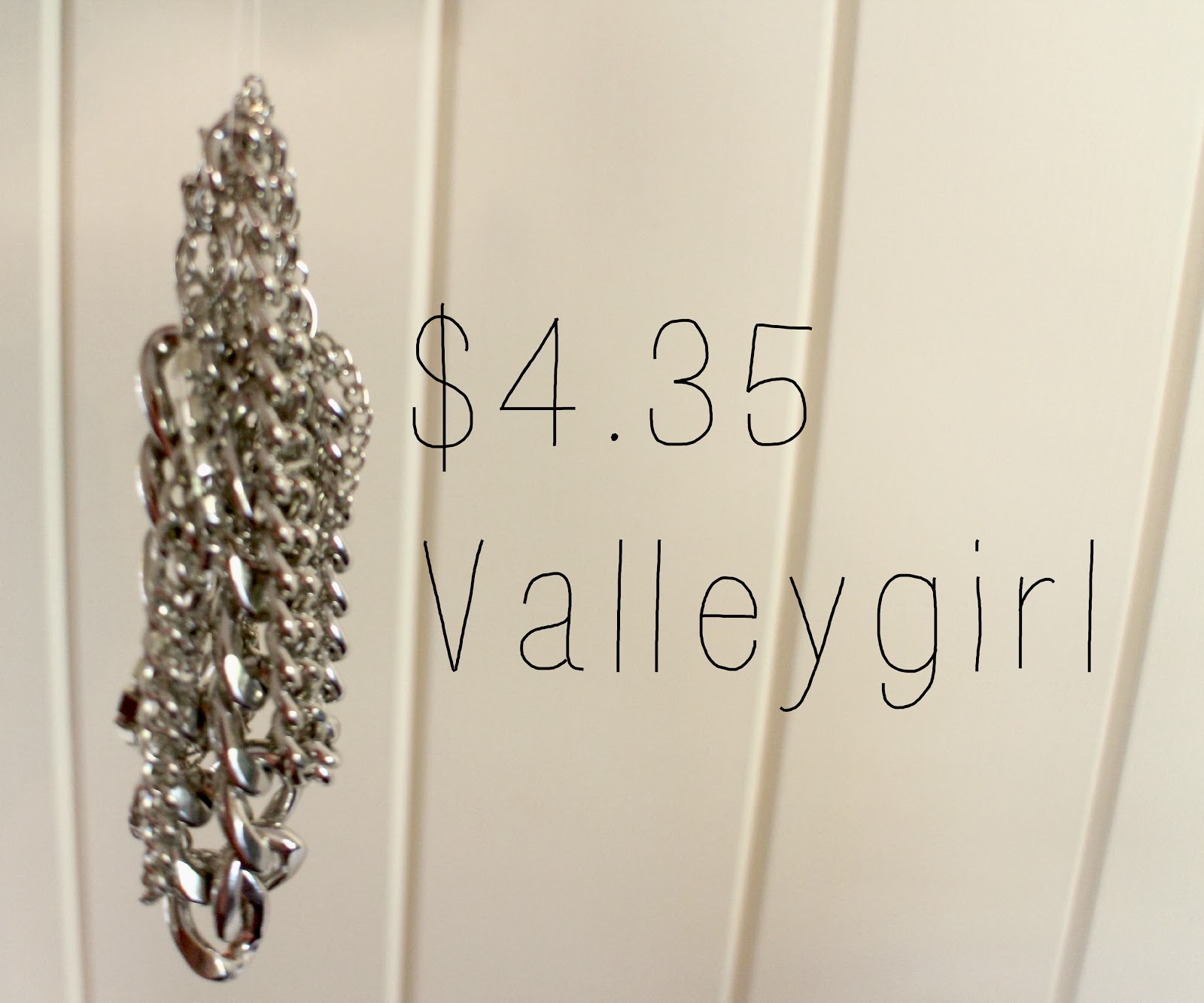 I picked up this bracelet along with the necklace because it looked interesting, however I've discovered its not the easiest or most comfortable thing to wear. However, saying that, I'm not too fussed considering its price. 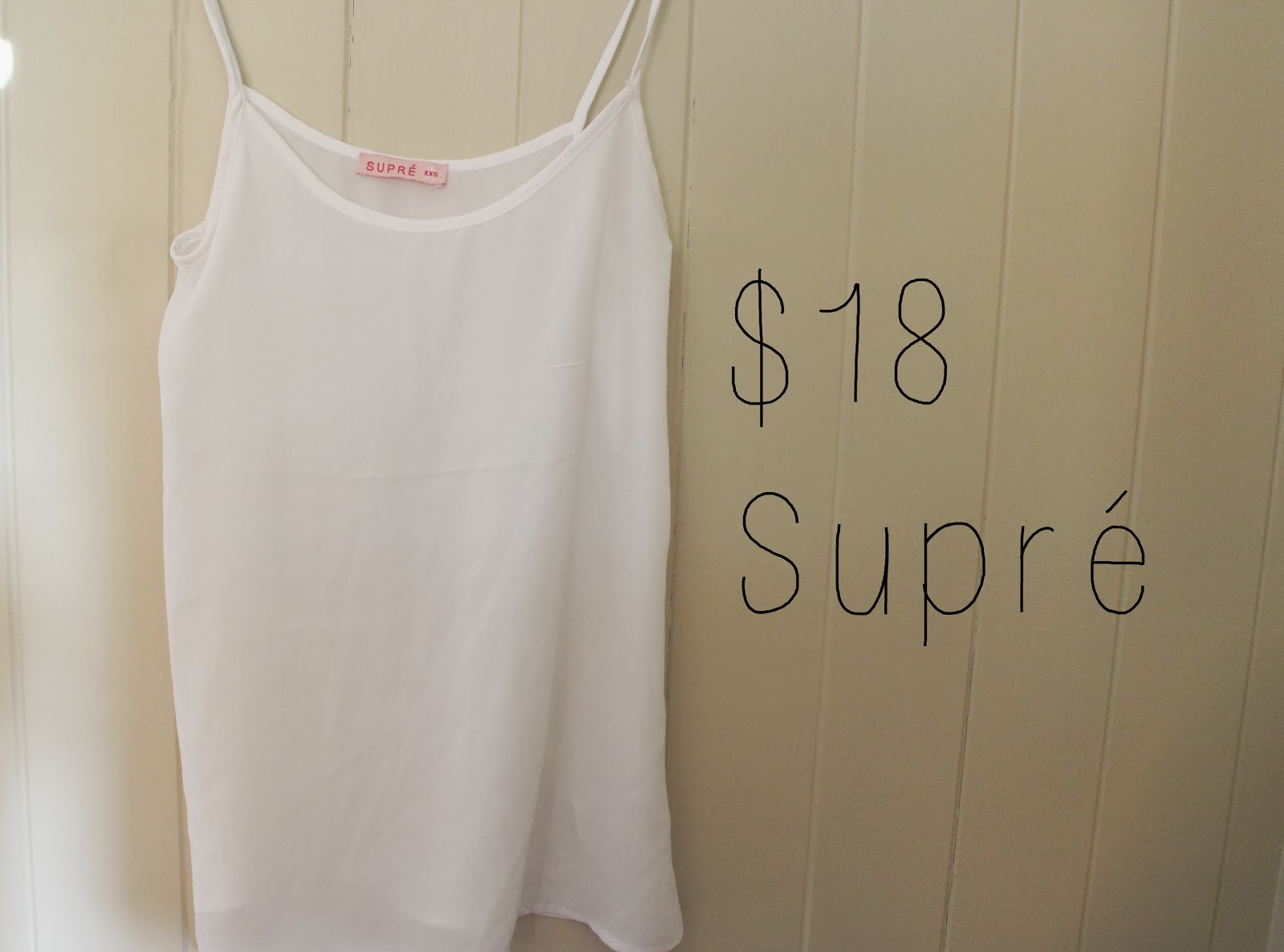 I ducked into Supré to buy a cheap, plain singlet top, which I managed to find. Unfortunately, what was on sale just wasn't what I wanted to I had to settle on the $18 one, which is okay but considering the quality I would have preferred it to be cheaper. I've already gotten a fair bit of wear out of it though, so I guess I've gotten a bang for my buck. 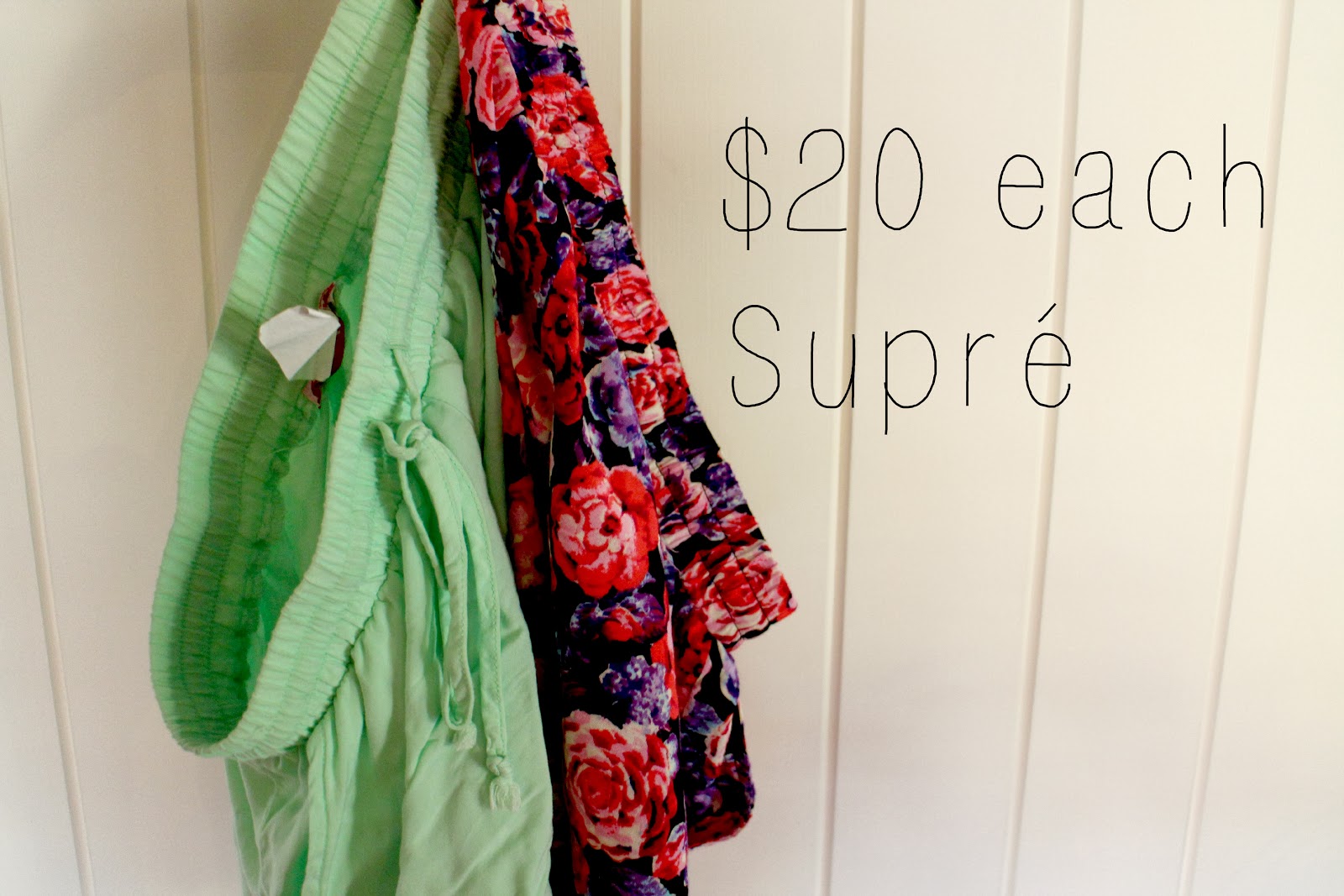 Whilst I was in Supré I spotted their new line of comfy looking pants. I picked up a lime green pair that I planned on wearing around home (which I assure you I've been doing a lot of) and a more dressier pair. 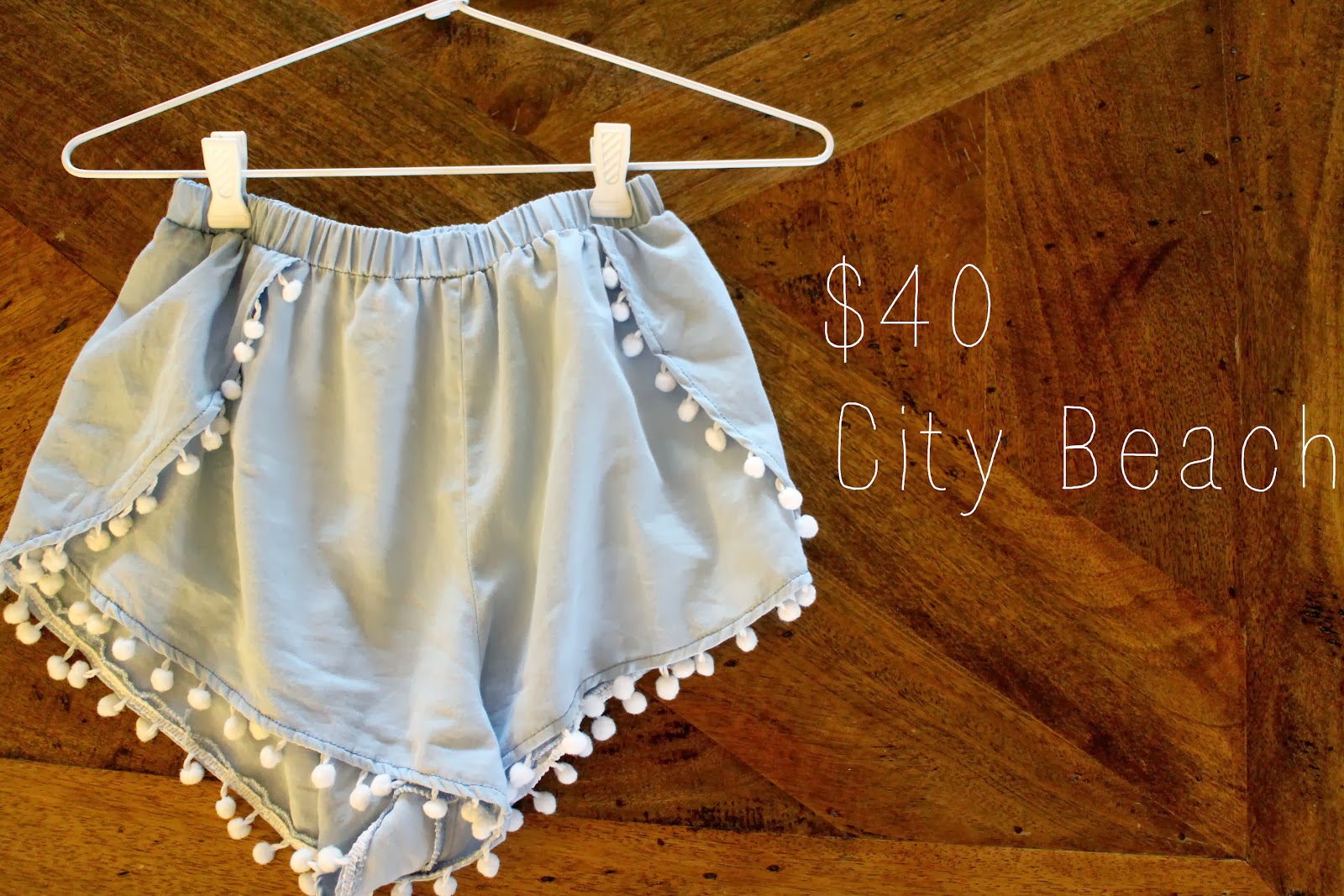 I always regret walking into City Beach as I always walk out quite disappointed. I can never justify the prices of their new stock, and considering I have no job yet means that I have trouble deciding whether or not I really want it. However, I've been saving up a bit from my birthday and Christmas money and decided that I was going to walk out with something.
I chose this super comfy pair (I even accidentally wore them to bed once) of blue light wash cotton pants that are rimmed with cute fuzzy balls. I still don't understand how they could be $40, but I'm in love with them anyway. 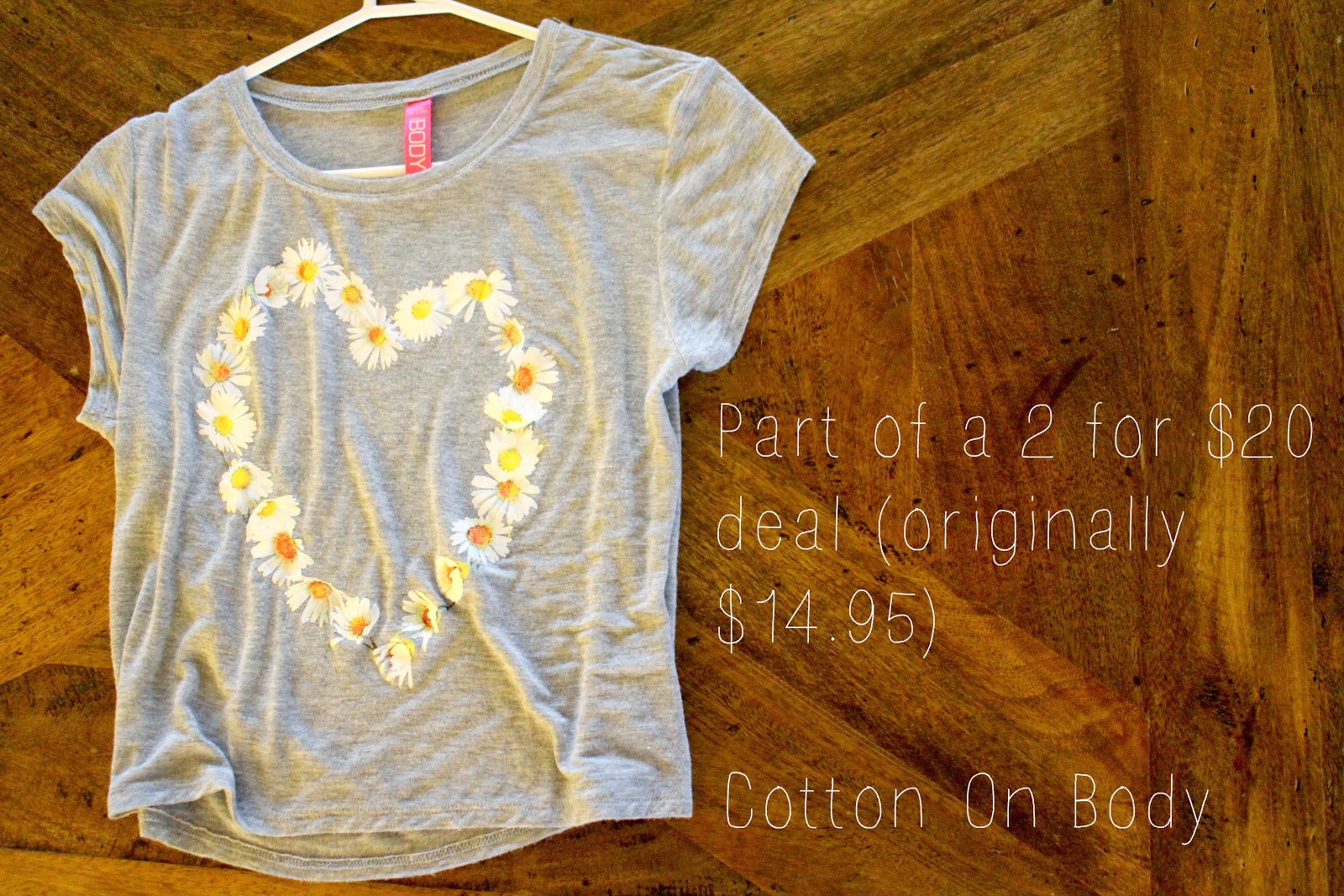 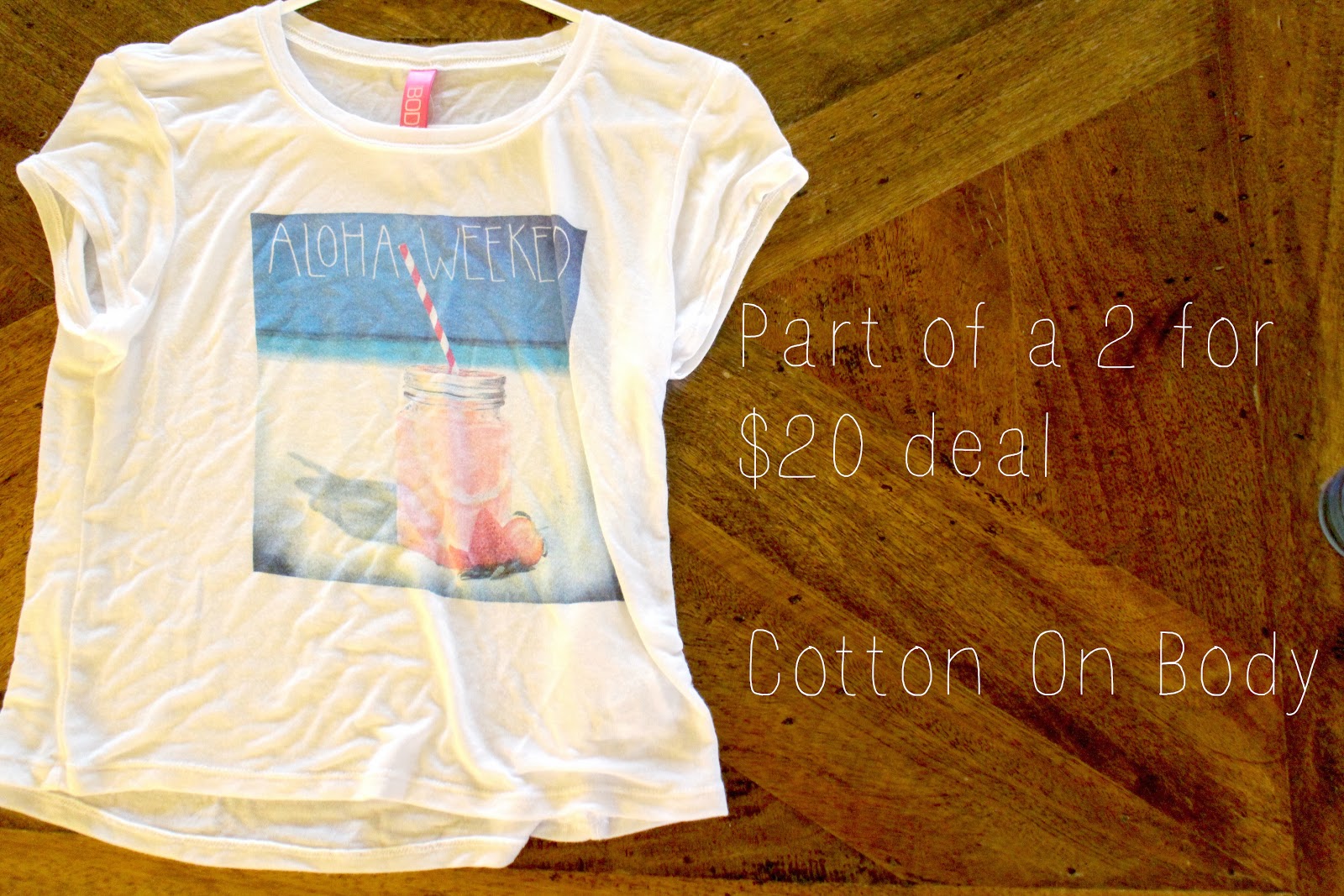 I have a habit of going into Cotton On Body for a look at what they have and always coming out a few dollars lighter. Before you go shaking your head at me, hear me out. I did need more pyjama tops, and these double up as shirts I can wear around the house, so I did fairly well in my opinion.

I picked up two shirts from their newer line that had a "2 for $20" deal. Both of these tops were originally priced at$14.95 too so I scored there. 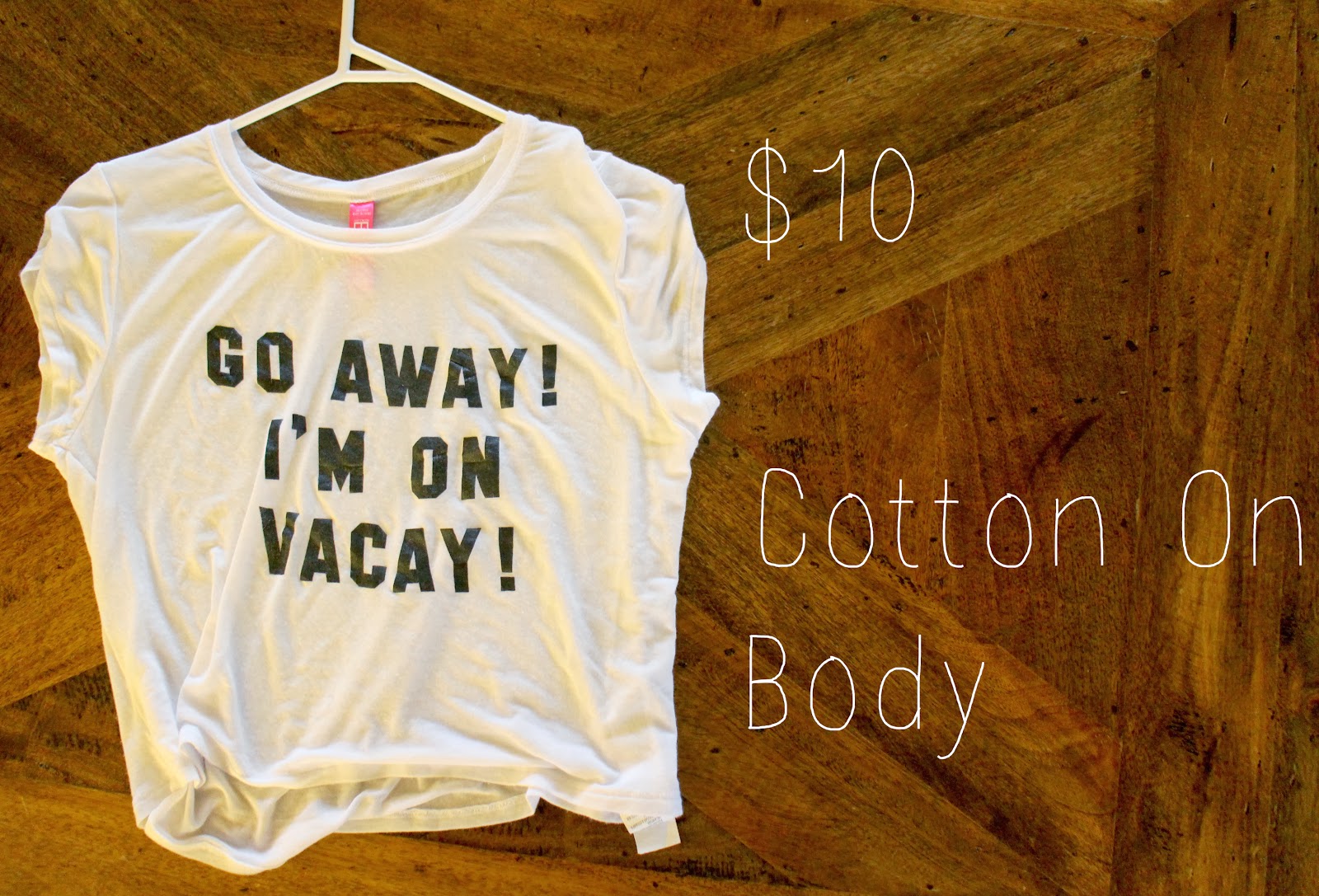 I also grabbed a top from their previous wave of these comfy tops.

I give my tick of approval to all three of these tops, and strongly urge you to go out and grab some for yourself. They are supposed to be shorter tops, and I'm a fan of the baggier styled pyjama shirts, so I grabbed them all in a large. 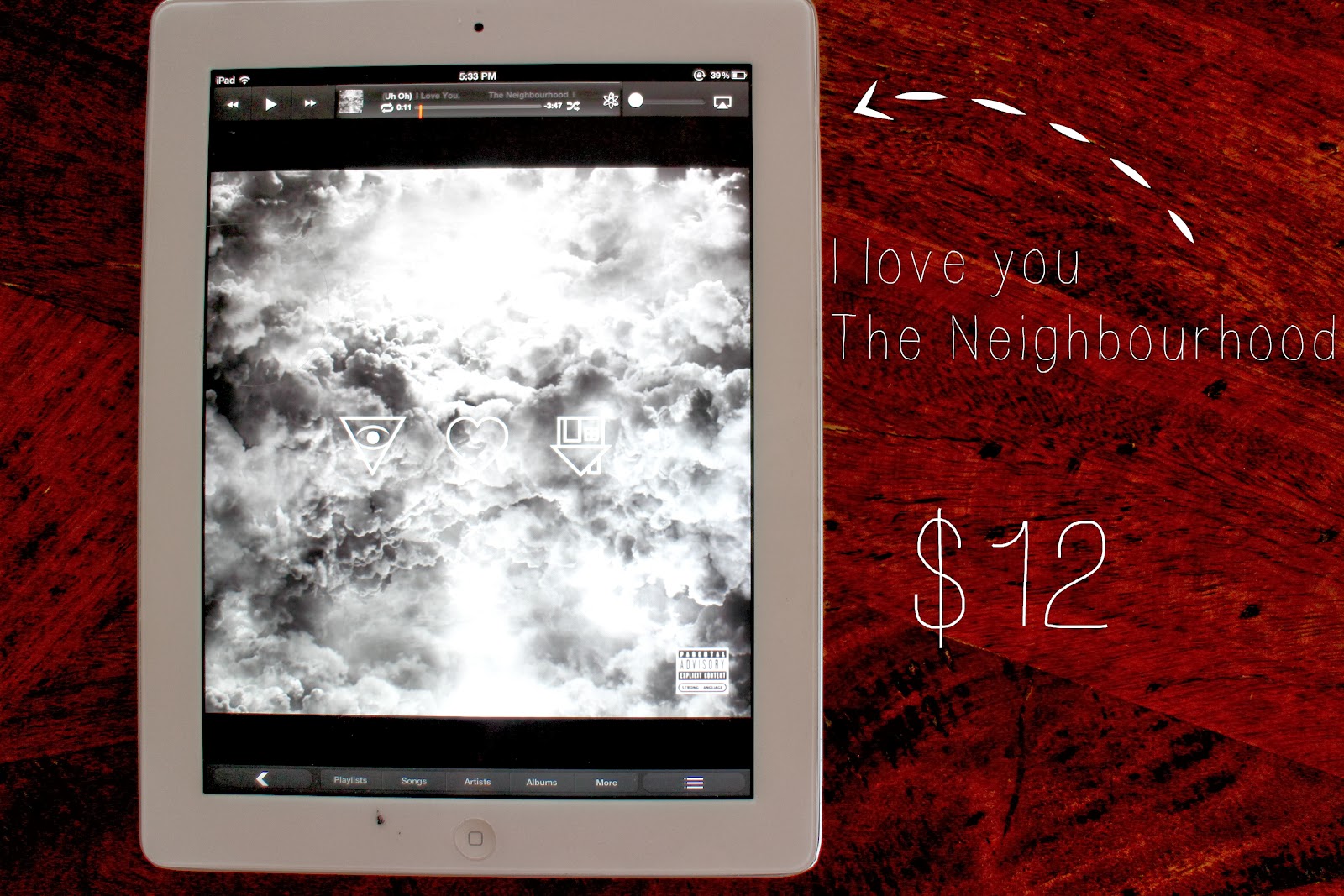 Last thing I'm showing you here obviously wasn't bought in the city, but I decided to show it to you regardless.

After listening to "Sweater Weather" about a million times on repeat, I caved in and purchased the "I love you" album from The Neighbourhood.
Just so you know, my favourite songs on the album are Sweater Weather, Afraid, W.D.Y.W.F.M?, and Everybody's Watching Me.

Have you bought anything lately that you can recommend?

I hope you enjoyed this post!
See you soon,
Lots of Love,