I went to finally see the hugely anticipated movie of all time (well...for me at least) last weekend...none other than the incredibly directed and wonderfully cast CATCHING FIRE!

I don't want to talk about the movie because once I start....I seriously can't stop. But I feel like I should say at least something, so I'd like to congratulate Francis Lawrence on capturing every scene ever so perfectly...you're amazing and officially my favourite director. And don't even get me started on Jennifer Lawrence...she's the best actress ever and I don't think I need to say anymore.
And of course, thank you to Suzanne Collins for creating this whole phenomenon.

So in honour of this incredible movie being released and of course for the books themselves, I've decided to share with you my little collection of books I have from the first movie and book. Lets go: 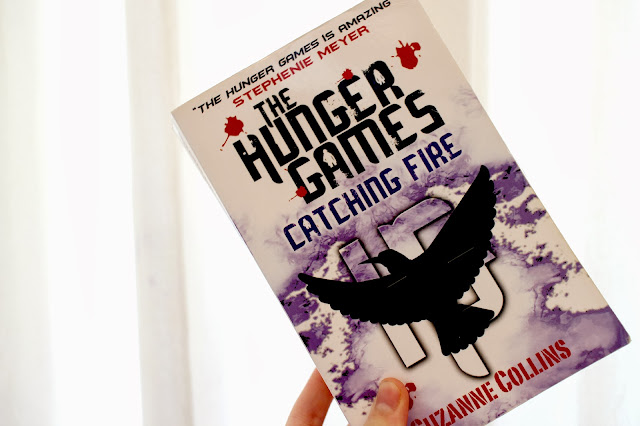 I thought I'd begin with telling you my favourite of the trilogy. As you can see above, Catching Fire is the one I read the most. Reason being, is that it's a perfect medium of both the rebellion and the Hunger Games. Plus, it's when you meet Finnick Odair. Oh, I have a joke for you:

Where's Finnick? Odair he is. hurhurhur 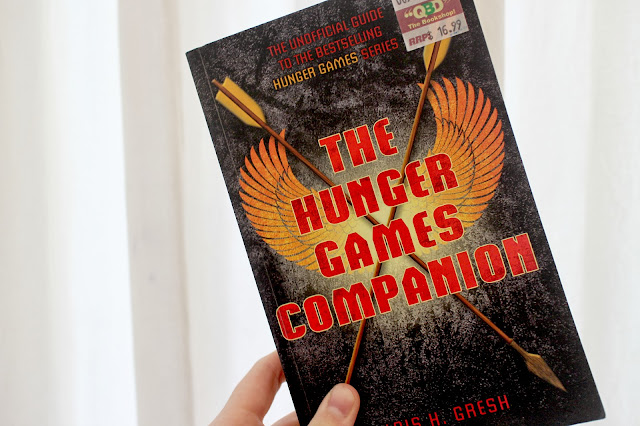 So the first book from my range of additional books is "The Hunger Games Companion" By Lois H. Gresh.
Honestly, I can't say that I found this book overly intriguing. However, it gives a lot of background information on everything you need to know for the first book. Not only does it give you facts about the Hunger Games themselves, it also shares with you ways you can survive them. The following picture shows one of the pages that focuses on this topic: 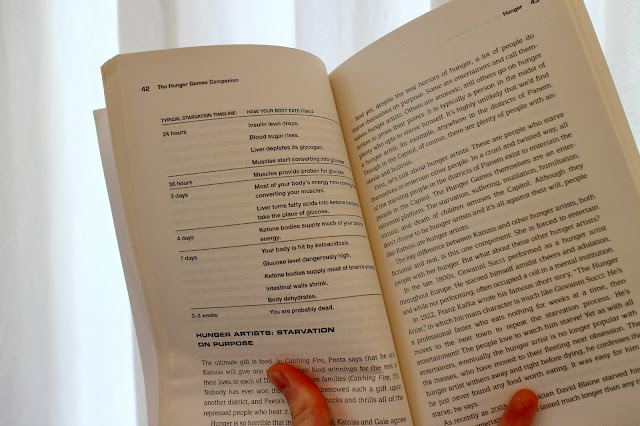 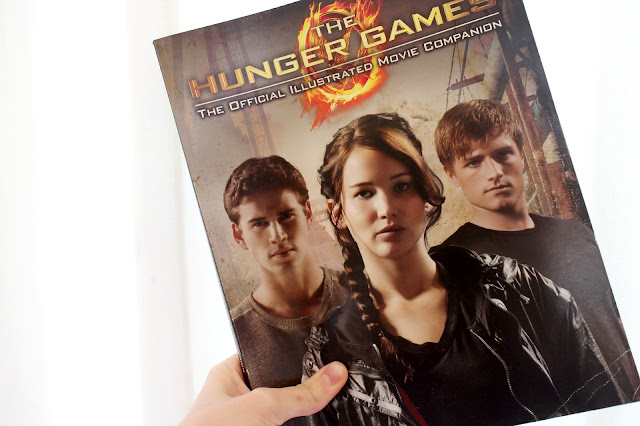 Okay, so this is the counterpart of the book above. It's not written by the same person, but instead of sharing the 101 of the book, it tells us all about the movie. 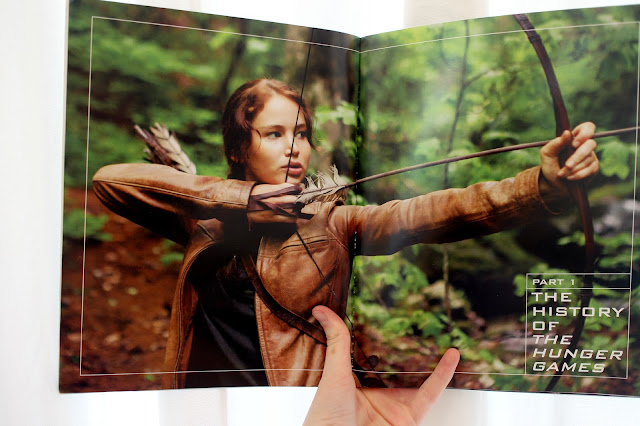 Page after page of the works that went into making the first movie...and plenty of pictures of the awesome people that star in the movie (*cough* Jlaw and Jhutch galore *cough*). 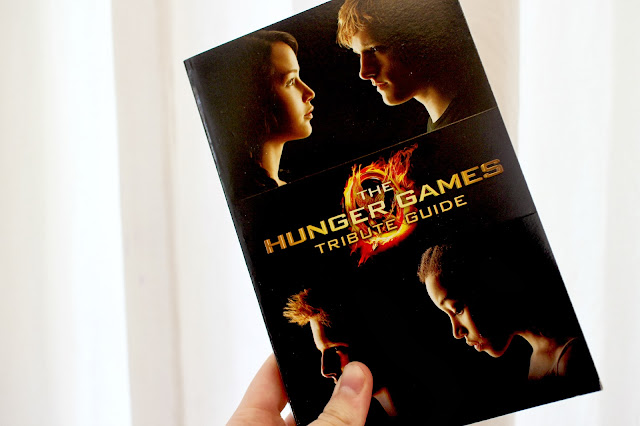 Then we have the Tribute guide. Lets just say, this would be hella handy for every tribute to have pre-games. 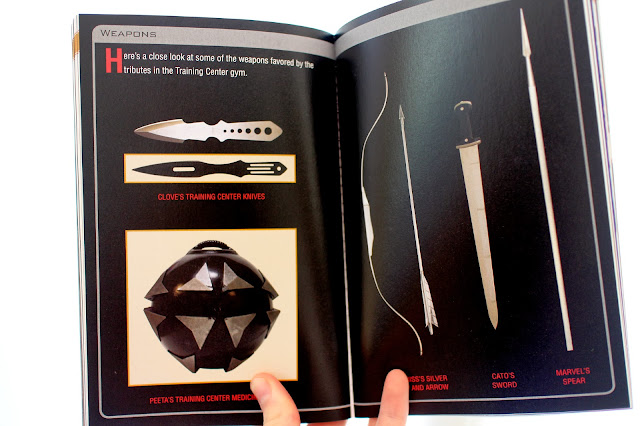 It shares with you information and photos of the menacing weapons used, as well as talking through the story itself. 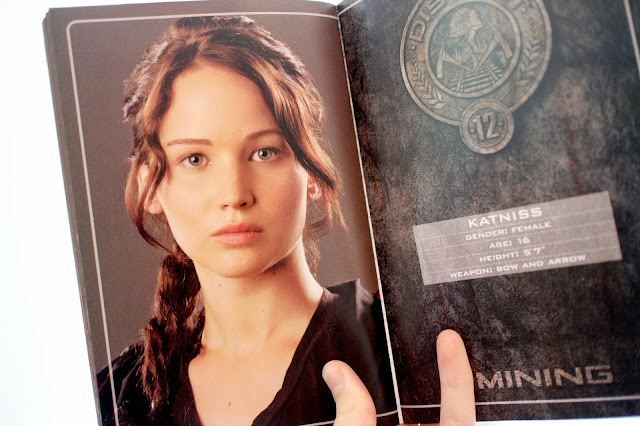 It also goes through every single tribute from District one to twelve (yes, even the extras). These files include their district as well as a close-up. For the major tributes they also include their weapon of choice, height and age. 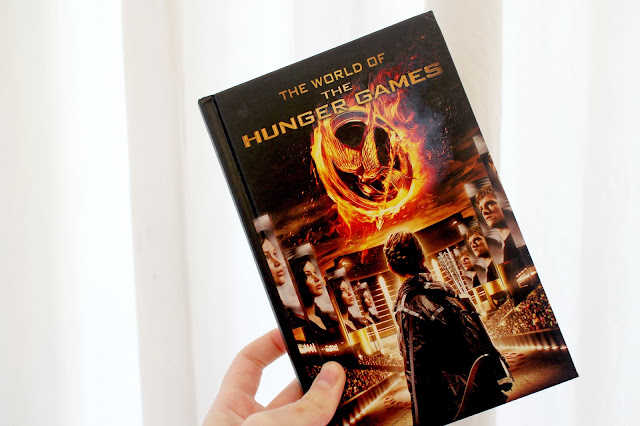 Now for the final book: The World of the Hunger Games. 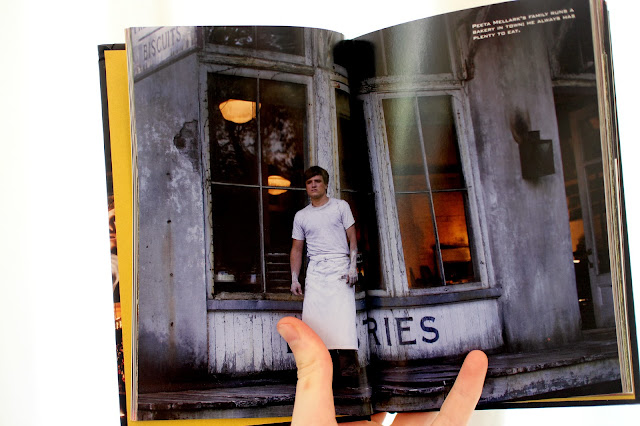 This book goes through each of the scenes, including a picture and caption. (WOO PEETA) 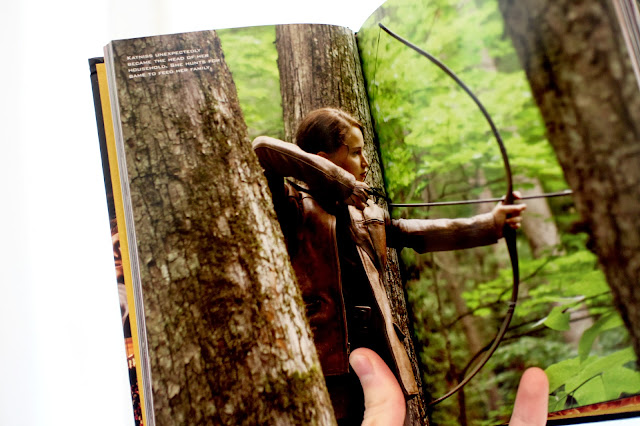 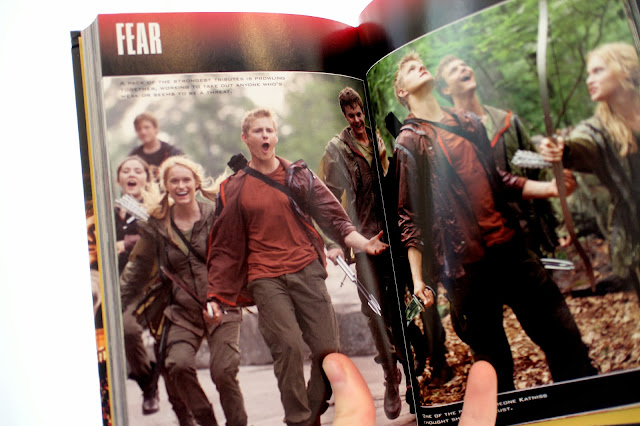 I hope you all enjoyed this post! Tell me what you thought of the movie, as well as what your favourite book in the trilogy is, and if you own any of the books I've shown above.